The Rationale Behind Worker's Compensation Systems

Connecticut Workers compensation is a no-fault system. The worker doesn't have to prove the employer was negligent to make a workers compensation claim, and a worker can make a claim even if he or she was negligent in some way and that negligence contributed to the injury. As long as the person suffered a type of work-related injury covered by the Workers Compensation Act, he or she can make a claim. Generally speaking, covered injuries are those that: Arise from the employment — Injuries must have a direct causal relationship with some danger or risk of the employment and must be job-related In the course of employment — Injuries have to happen while the employee is working, at a location the employee is at because of his or her employment, and under circumstances required by the employment When a claim is approved, available benefits can take a number of forms in Connecticut. Workers compensation can cover: Medical care related to the injury Temporary total or partial disability benefits when the injury leaves you unable to work or working light duty for some time period Permanent total or partial disability benefits if you are either permanently unable to work or have some permanent disability or disfigurement but can work Vocational rehabilitation benefits Death benefits for family members of workers who are killed in Connecticut work-related accidents Why Workers Compensation? The rise of industry is the foundation of much of the world we know today. In the late 19th and early 20th centuries as mechanization and mass production become increasingly more commonplace, jobs shifted from agriculture to factories, bringing people to cities for work. Places such as Hartford County boomed and expanded. But those early factories could be dangerous places for workers — and when a worker was disabled in those days, there was no safety net when that person could no longer do his or her job. Workers who were injured, maimed, or disabled in workplace accidents had to sue their employers and prove negligence to recover any kind of compensation for their injuries. Proving those cases was challenging, and an employer could counter that the injured worker was negligent or assumed the risk of doing the job, or that another employee was negligent. If the employer won, the disabled worker was left with nothing and no way to earn wages. If the worker won, there were no limits to the employer's liability and one bad injury could put an employer out of business — perhaps costing hundreds of jobs. It was a system that was risky for both employer and employee. The workers compensation system came into being as a way to try to balance the needs of injured workers with those of employers. Laws governing workers compensation grew out of social and industrial reform movements in the late 19th and early 20th centuries. The idea was that workers who suffer disabling injuries in the workplace shouldn't be financially ruined when an accident on the job renders them unable to work, but that employers also shouldn't be driven out of business by a lawsuit verdict. The Role of an Attorney Even though workers compensation claims don't typically involve lawsuits or courts, there is nonetheless a specific legal process involved in making a claim. There may be an opportunity to settle a claim with your employer, and an experienced workers compensation attorney can help ensure you get the best possible settlement. If you try to go it alone, you may end up with less than you deserve. If you need to attend a hearing on your claim, having a Board Certified Connecticut Worker's Compensation Specialist may gives you a better chance at the compensation you need and deserve. Sometimes your work-related injury will involve a third party who is not your employer, and you may have the option to pursue a claim against that third party in a civil court. An attorney experienced with Connecticut personal injury and workers compensation claims can discuss with you whether you might have a claim against someone other than your employer. Workers Compensation Workers Compensation Information Workers Compensation Overview How Do Workers Compensation Claims Work? Documenting & Proving a Workers Comp Claim Keeping Your Job Third-Party Lawsuits Third-Party Wrongful Death Claims Workers Compensation FAQs Types of Workers Comp Injuries Types of Workers Comp Benefits Earning your trust Finding an attorney can be overwhelming. You can trust the Hartford Connecticut Worker's Compensation injury team at The Law Offices of James F. Aspell, P.C.to handle your case with the compassion and respect you deserve. 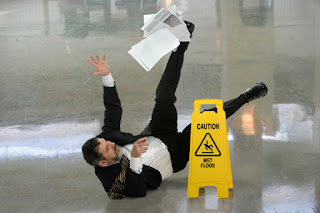