Were You Hit By A Negligent Driver On I-84 in Farmington? 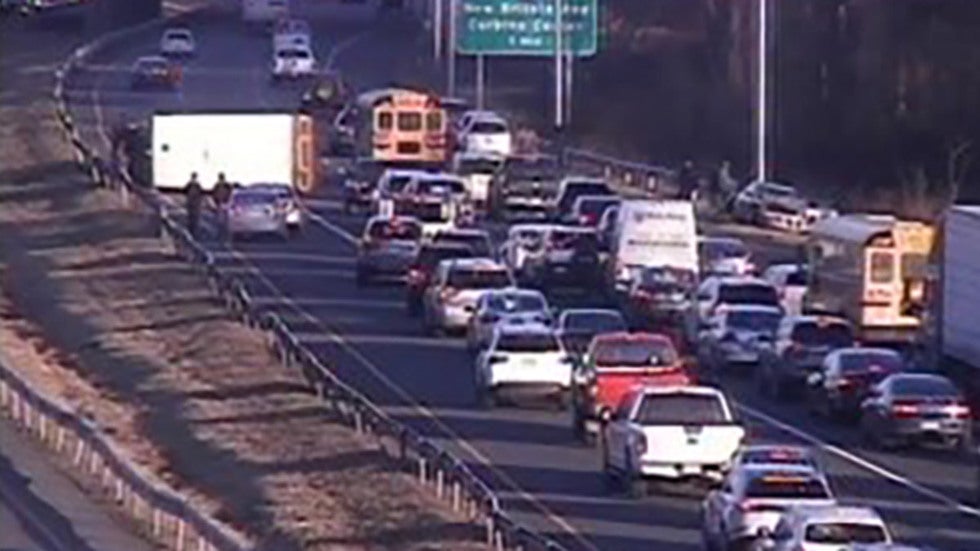 An Experienced I-84 Accident Lawyer Can Help You Recover Damages

Driving on interstate highways is often a part of everyday commutes for most people in the United States. Unfortunately, these are some of the most dangerous roadways that a driver can be on. Interstate 84 runs across the state of Connecticut and and is considered one of the most dangerous highways in Connecticut.  I 84 in Farmington often freezes before other roads in the winter, causing rear end accidents as well as head on collisions due to drivers going too fast or not paying attention.   Accidents that occur at high speeds, such as those traveled on I-84 tend to be more serious and result in more consistently serious injuries and death. If you have been injured— or have suffered the wrongful death of a loved one — due to negligence displayed by a fellow motorist, truck driver or poorly maintained roadways, then you deserve to be compensated for past, present and future damages.

Founder and principal attorney, James F. Aspell  knew that he wanted to help people when he opened the doors to his Farmington Connecticut Accident law firm in 2006 to representing the wrongfully injured,Jim knows the kind of stress that an accident can have on an injured person and his or her family. He will quickly build a case that protects and advocates for you as well as represents your best interests.

What Are The Most Common Causes Of Highway Accidents?

The circumstances in which an accident can happen are many and varied. While weather can be an extenuating factor, highways accidents can occur on sunny days as easily as they can when it is raining. The following are three of the most commonly reported causes of accidents on I-80 and other highways across the country:

These and other elements can be determining factors in your I-84accident claim. An experienced I-84accident attorney in Farmington e all the details in order to build the strongest case possible.

Who Can Be Held Liable In An Accident On I-84 in Farmington?

Several different types of vehicles travel on our nation's interstates every day. As such, it might be confusing as to who can be held responsible should you get involved in an accident with a company vehicle or due to poor road conditions and suffer a personal injury. For example, if you were involved and subsequently injured in an accident with a semi truck, charter bus, UPS/FEDEX or other type of company vehicle, it may be possible to go after the company as well as the individual driver and other potential parties (such as maintenance workers), depending on the unique details of your case. However, the larger the company, the harder the legal opposition will come down against you. These companies will likely have a sizable retainer of lawyers on hand whose sole job will be to see that you receive as little compensation as possible. For this reason alone, it is in your best interest to seek professional legal representation that will be on your side.

On the other hand, if the accident was caused by poorly maintained roadways, unmarked construction zones or debris present on the road and resulted in injury, then the injured person(s) can file a claim against the local government entity responsible for that roadway. However, when pursuing legal action against the government, you will have to fight through a lot of red tape and bureaucracy meant to discourage you from continuing the fight. For example, the government is protected from being held liable in many instances due to “sovereign immunity”. This basically means that a person's ability to pursue legal action against the government is extremely limited.

In either of these circumstances, it is highly recommended that you seek an experienced I-80 accident attorney as filing a claim against a large company or government entity is extremely difficult.

Questions About Your I-84 Accident? Call Us Today For A Free Consultation

Being in a serious accident is a stressful situation. Emotions run high and people become injured — even die — due to highway accidents that are often largely preventable. If you or a loved one were injured due to the negligence of another driver or government entity, then our experienced I-84 accident lawyer Jim Aspell can help you. We wantt you yo walk out the doors of the Law offices of James F. Aspell, P.C  with better peace of mind about the future.

That peace of mind starts when you come in for a free consultation to discuss the details of your case. Jim will sit down with you and listen to your situation in great detail. He will let you know how he thinks you should proceed. If you decide to work with our Farmington  personal injury law firm, Jim and his team  will get started working on your case right away. Call 860-500-1414 to schedule your free consultation today.