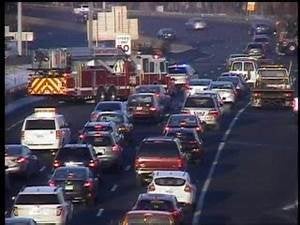 Following a Hartford, CT major road accidents, the best course of action is to get in contact with a Hartford car accident attorneyt lawyer  who can ensure that you are protected.

The only reason that Connecticut major road accidents are different is that the damages may be more severe in a highway incident. Typically, major highways are going to have more cars, as well as cars driving at higher speeds, so that means the accident may involve a higher speed collision. It may also involve things like trucks or trailers or delivery trucks that would not be a common occurrence on local roads.

In addition, due to the congested nature of highways and interstate highways, it is possible it may be a chain reaction collision or a collision involving multiple vehicles or multiple vehicles and highway concrete barriers or highway roadside safety apparatuses, and then caused further damage to the person or their vehicle.

Depending on where the highway is located it may take law enforcement and emergency medical services more or less time to reach the injured parties, depending on how close or far away they are from the accident.

Some interstate highways and parkways are more rural. If law enforcement is located there and hospitals are located in cities, they may have a harder time getting to the injured party out on the highway. Additionally, they are going to have to battle traffic that is caused by the accident to get to the injured party.

Other interstate highways, especially those in more urban and suburban areas, provide ready access to law enforcement and many access to hospitals and other emergency medical services, so the response time may be faster than if someone was traveling to a remote local road.

The first step is to determine if the person involved in the accident is safe where they are. If they are able to move their vehicle out of the highway area in a safe manner without further endangering themselves or their vehicle, they should do so right away. This is to avoid being struck again by oncoming traffic. Next, they should call law enforcement right away and potentially call emergency medical assistance if they are injured as a result of the collision.

There are a variety of common fact patterns regarding interstate highway accidents in Hartford  and this may include:

When speed limits are heightened, the reaction time is lessened, and the combined high speeds, distracted drivers, and/or high speed and congestive driving is bound to cause serious accidents. With those high-speed accidents, the collisions involve more force. Hartford major roads accidents have high amounts of force that may have serious consequences to the persons and property involved. When people are involved in highway accidents, they should expect there to be serious and life-changing damages.

Due to the nature of the damages that are more severe, accidents that occur at high speed may cause a person to take more immediate action. For example, there may be property damage to the vehicle which means they have to get out of the vehicle before it is struck by another vehicle or before it catches fire. It may also cause serious injuries, and they may need to contact emergency medical assistance.

There are a lot of reasons why the high speed may increase the severity of the accident. Generally, speeding contributes to accidents on a high rate of cases regardless of where the accident occurs. Speeding on a highway can exponentially cause more serious damages and more serious injuries in a way, but generally, the adage that speed kills is true whether it is on the highway, interstate highway, the parkway, or the local street.

Being involved in a  Hartford major roads accident can be a frightening and disorienting experience. Get in touch with an attorney who understands that, and can help you receive justice.

Types of Car Accidents We Handle