By Robert Wilson at workerscompensation.com. 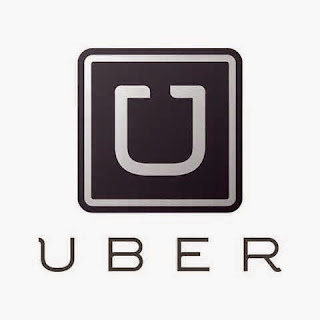 Two separate lawsuits seeking to define drivers as employees rather than independent contractors could end up forcing ride sharing services like Uber and Lyft to start providing workers' compensation and other employment benefits to their drivers around the country. In separate lawsuits filed (by the same attorneys) in U.S. District Court in San Francisco, attorneys are seeking class action status to represent Uber and Lyft drivers nationwide, but are using California's labor law, since both Uber and Lyft reference that state's laws in their driver contracts. Both cases have already earned class action status, but only for representing California drivers. Attorneys involved vow an appeal on that decision. If either suit is successful it could be very expensive for the companies targeted. It is hard to tell if the drivers will actually see a benefit. The way class action suits go they could end up reclassified as employees with a host of new benefits, or the attorneys might take millions while every driver gets a free air freshener; we just won't know until it has played out. One plaintiff attorney, who is involved in both cases currently before the court, accuses Uber and Lyft of shifting costs to drivers by classifying them as contractors. Some of those costs are auto insurance and fuel. If those drivers were employees, Uber and Lyft would have to pay those, and also provide workers comp and other benefits as mandated by law. From my experience with Uber, the drivers seem to meet the criteria of true independent contractors. They are their own business. They use their own cars, and work when they want to. No central dispatcher directs them to any pick up, and they appear to work for no one except themselves. They do use a central software system that puts them in direct contact with potential customers, but in the end they have complete discretion to accept or decline an available ride request. Uber and Lyft get a percentage of the ride fair for facilitating the transaction. The math makes a loss in court look downright disastrous for Uber. It would instantly shift them overnight from a software company coordinating independent commerce to one of the nations' largest employers. According to Uber, more than 162,000 drivers completed four or more trips using their service in December. That is 162,000 people who will suddenly have their fuel costs and insurance paid for (both Uber and Lyft currently offer umbrella liability insurance for their drivers), and will need to be offered workers' comp. That comp won't be cheap. These guys aren't exactly desk jockeys. I'm not even getting into payroll taxes, unemployment or the like. Obviously, a win by the lawyers here will dramatically reshape, and likely end, the budding ride share revolution. People on the payroll will need to drive far more than 4 trips in a month, so immediate consolidation will probably insure a vast swath of that 162,000 will find they no longer drive for Uber. That will result in less availability and slower ride response. In fact, the entire ride share phenomena; one based in pure capitalism that brought road warriors clean cars, friendly drivers and prompt service, will be on the edge of extinction. Those cars will be on the same monopolistic path that brought us every rattling, vomit encrusted cab in America. Oh joy. In the interest of full disclosure, I have a severe bias against class action suits, which I largely view as nothing more than a wealth redistribution vehicle designed for the enrichment of attorneys. Over the years I have become party to a few of these, not by anything of my doing other than playing the part of consumer somewhere in America. One such suit, against my beloved Southwest Airlines, apparently determined that Southwest had violated my rights by an improper roll out of expiration dates on free drink coupons. The result was that, if I would declare that I had flown on a Business Select ticket prior to a certain date, the settlement entitled me to (wait for it) ONE free drink coupon (I didn't bother and I didn't care). The attorneys that brought the suit were seeking $7,000,000 for their efforts. In another suit, related to the purchase system set up over the then new domain extension ”.biz”, attorneys took $2.75 million of the $3 million made available for a settlement in what was determined to be an illegal lottery. My company, which originally spent about $300 for the “chance” to buy WorkersCompensation.biz (we won), didn't bother filling out the paperwork for our piece of the action, mostly because our time was more valuable than the $3 or so we would have been paid. So, I do believe that if attorneys are successful in having Uber and Lyft drivers declared as employees, with all the associated rights and entitlements associated therein, they will have been successful in killing off one of the most revolutionary and entrepreneurial creations we have seen in the world of ground transportation since, well, the invention of ground transportation. It does appear to me that workers' comp will indeed kill Uber, or at the very least, the independent spirit with which it sprang to life. As always, if you have any questions about your Connecticut Work Injury, feel free to call me.