March 9, 2015 - WorkCompWire Hopkinton, MA – Researchers with the Liberty Mutual Research Institute's Center for Injury Epidemiology have concluded that individuals who work multiple jobs – approximately 14 million U.S. residents – have a greater likelihood of injury than those holding a single job. According to the findings published in the American Journal of Public Health, multiple jobs holders have a 27 percent higher rate of work-related injury and a 34 percent higher rate of non-work-related injury compared to single job holders. Principal researcher Dr. Helen Marucci-Wellman said the elevated injury rates suggest greater risk exposures for those who work multiple jobs. “Factors that may contribute to higher injury risk could include a disruptive work week structure, job inexperience, hurried behavior – physical and mental stressors related to alternating between different jobs, and fatigue,” said Dr. Marucci-Wellman. Researchers used 15 years of data from the National Health Interview Survey (NHIS), an in-household survey administered annually by the U.S. Census Bureau, to gather nationally representative data on a broad range of health topics. Representing more than a quarter of a million households, the NHIS is the only dataset that supports linking multiple job holding and injury. “To better understand the association between multiple job holding and injury risk, we need to look at a whole array of risk factors. We need to understand with greater specificity employment situations and the circumstances surrounding injuries. This way, we can determine where changes need to be made to enhance safety for those at increased risk,” added Dr. Marucci-Wellman. A subsequent Liberty Mutual Research Institute study (PDF) using data from the U.S. Census Bureau's annual American Time Use Survey compared the work and lifestyle activities of single job holders and those holding multiple jobs during a one week period. Twenty-seven percent of multiple job holders worked 60 plus hours versus only six percent of single job holders. On average, multiple job holders worked 2.25 to 2.75 additional hours per day, worked odd hours, had longer commutes and had 45 minutes to an hour less sleep per day than single job holders. “In addition to significant differences in work schedule and time use patterns for workers with multiple jobs, they also had less time for household and leisure activities,” noted Dr. Marucci-Wellman. “These time use pattern findings suggest that working multiple jobs may result in heightened risk of fatigue, increasing the likelihood of injury. A better understanding of the factors that contribute to increased risks would help identify ways – such as changing daily routines or work scheduling practices – to reduce the injuries associated with holding multiple jobs.” Source: Liberty Mutual 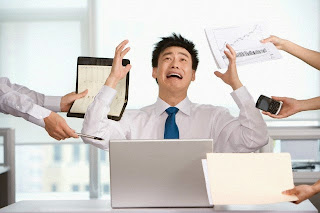